“Where are you from?” people ask. “Where do you live?”

The name of this business still holds, though. Interstate 80 is transcontinental, inching east-west (or, I dare say, west-east) from San Francisco, California to Teaneck, New Jersey.

Spend too much time alone in the car and you start talking to the highway. After Morning Edition starts its second loop and the next audiobook CD from the library is too scratched to play, you might say, “I swear I’m beginning to recognize some of those construction workers, especially on the approach to the Carquinez Bridge. You know, you look so different out here, it’s hard to believe you’re the same I-80 I drove in the Midwest, though you’re concurrently 80/90 in that region, from Portage, Indiana to Elyria, Ohio, where my great-grandmother dwelt as a child and did not fondly recall it. You’re a toll road there, too. Whenever the snow got bad on I-94 West, as I approached Lake Michigan, I would cut south to you via 23 or 69 or 131. I thought your tolls might mean you’d be better maintained–plowed and salted–through Ohio and Indiana.”

Wikipedia reminded me that revered John McPhee wrote about I-80 best (as he does most things) in Basin and Range, which became Annals of the Former World, which you should read. McPhee describes the geology revealed when the land that would become I-80 was excavated and leveled:

“What about Interstate 80, I asked him. It goes the distance. How would it be? ‘Absorbing,’ he said. And he mused aloud: After 80 crosses the Border Fault, it pussyfoots along on morainal till that levelled up the fingers of the foldbelt hills. It does a similar dance with glacial debris in parts of Pennsylvania. It needs no assistance on the craton. It climbs a ramp to the Rockies and a fault-block staircase up the front of the Sierra. It is geologically shrewd. It was the route of animal migrations, and of human history that followed. It avoids melodrama, avoids the Grand Canyons, the Jackson Holes, the geologic operas of the country, but it would surely be a sound experience of the big picture, of the history, the construction, the components of the continent.”

I was born in the Motor City to an auto worker and submit, as further evidence of misplaced birth, the fact that I do not like driving. I will do just about anything to avoid it, which is why I’m confined to city living I don’t otherwise relish. I need public transit, walking, and biking. The idea of spinning up the ignition for a half pint of half-and-half or a store run for pastel muffin-cup liners is agonizing. (“Oil,” I can hear you say. “Just oil the muffin pan. You don’t need the liners.”)

Interstate 80 is, sometimes, what was once the Oregon and California Trails. Waypoint names like Emigrant Wilderness and rusted metal signs at Nevada rest stops keep you humble. “Hubris,” they whisper. “Hubris.”

This year’s once-a-century rains made lakes where there usually are none, smack dab in the middle of the desert and wild to see. They are disorienting, these massive, flash lakes, but people say they used to appear more often than they do now. Lakes that appear every decade or so, at best, are an entirely foreign concept for someone from the Great Lakes that date back to the glacial. Water in the West is ephemeral in more ways than one.

This year, the Yolo Bypass flooded, filled to spilling with silvery brown chop. It was a sight. The Yolo Causeway is an interstate bypass that is 16,538 feet long, more than twice as wide as the Mississippi River at its widest point, in New Orleans, where it is roughly 7,600 feet wide. It’s a good thing they’ve left the Bypass a floodplain. It is green now, holds tractors and workers, and tells us yes, this is a real river delta.

It makes the fact that Creedence Clearwater Revival (a standby in my CD player) hails from here make sense: the humidity, the breeze reprieve in summer, fishing skiffs… When CCR sang about life on the river, it wasn’t a contrivance.

Amen, brother. Ain’t that the truth.

And the snow, the snow. I do miss it, and loved having mornings when I woke up to this. I was as giddy as a kid, skipping motel coffee to get out into it and slide over to a diner in snow boots.

I happened to be driving through the Sierra when eight feet of snow fell in five days, shutting Truckee down. Avalanche threats stopped the trains from running. Mammoth saw over 20 feet of snow in three weeks in January. It buried the ski lifts and I-80 was shut down for 12 hours.

I’ll spare you the saga, but I spent eight hours at Donner Pass over a stretch of a few miles. I watched with dread as snow accumulated on the hood at the rate of one inch per minute. My brand-new pricey snow chains broke in multiple places, and I had to bind them together with the baling wire that was holding my shearing cutters, using my hoof trimmers like pliers.

The chains, continuously thwacking and breaking in new places, threatened to wrap themselves around my axel and create a $5,000 repair. I eventually reached a sufficiently low elevation to remove them and draft behind a semi that melted the snow just enough to keep me from sliding into its trailer.

What is normally a five-hour drive took 13.5. I will, perhaps, never be so relieved to see anyplace as I was the Black Bear Diner in Auburn at 9:30 PM. I almost embraced the waiter. I do not know how the Donner Party lasted more than a few days. I am not surprised that so many of them died: I am amazed that half of them lived. How?!

I will find a way to negotiate a 4WD vehicle into this household, a desire only amplified by my midlife station (or a convenient excuse). As the I-80 miles stretch before me, I dream of a white Toyota pickup so tall I need a step stool to climb into it, the sort of truck that can sometimes be won at county or state fairs. It will have gold trim, and glittery decals of shearing combs and cutters affixed to its sides, and a vanity plate that says WOOL GRL or GOT WOOL, and a covered bed to camp in.

Such a truck will require a herding dog, one socialized to all farm creatures who can gather the still-eating sheep the customers have failed to bring in from pasture, again. I will name the dog Cedar or Carson or Moab or something equally western sounding.

Then I think of parking a truck in the city and tickets on street-cleaning days and wake up. Rosebud…

To my own amazement, I have developed a list of preferred McDonald’s locations. Yes, my turned-up nose has come down somewhat, even if I only eat the hashbrown (in the singular). My McDonald’s preference is based on two things: synchronicity with my biological cycles (i.e. duration since initial coffee) and the ease of approach to and from I-80 through the maze of All The National Brands that does not enable anyone to move from one business to another easily, the parking lots disconnected, the forced pulling out to pull back in.

Okay. You can, technically, walk over the dividers and irrigated tree rows, so long as you’re prepared to raise ire and become a social pariah (especially in dirty overalls between jobs). In that context, on foot across parking lots, people assume you’re a pan-handling meth head and start asking after your stolen shopping cart because you are, after all, a human outside of a car.

Self-employed and roaming, I have come to depend on McDonald’s and their clean bathrooms, fast wifi, and reliably fresh coffee that is neither a dark roast nor scalded to syrup from sitting on a hot pad, so much so that I now worry we may have vilified McDonald’s too much and they will close. I feel no small guilt for having listened to the author of Fast Food Nation speak at a Chicago Farmer’s Market so many moons ago.

Texting is out of hand but, if nothing else, finally makes driving feel exactly as dangerous as it is, statistically speaking, what with the swerving, lane drifting, and ditch diving.

I feel lucky to have seen and heard thunder this year. What a gift, this record-setting season of rain, and every day in it. 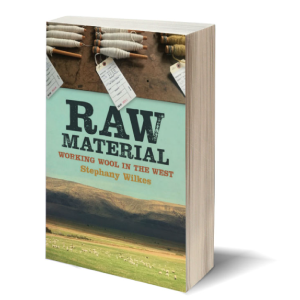 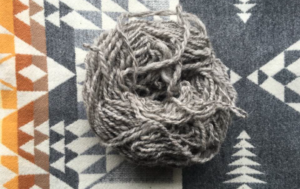